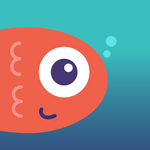 Updated 3 months ago by Minno

Two years ago, a group of Christian investors, along with Erick Goss and Dan Raines (JellyTelly co-founders), formed a company called Winsome Truth, Inc. to acquire JellyTelly from former stakeholders. While Dan and Erick had led JellyTelly for much of the last decade, they weren’t in a position to fully realize their vision of what they believed God called them to do with JellyTelly to serve families around the world.

One of the decisions made at the first Winsome Truth board meeting was to change the name of JellyTelly to something that better represented the future that we felt the Lord asking us to co-create with Him. We decided on “Minno”.

Minno comes from the Greek word “meno” which means to “abide”. In the Gospel of John (John 15:4), Jesus says “Abide in me and I will abide in you.” Minno reflects our desire to create a service that helps you and your family to abide in Christ and with each other. We know this can be really difficult in a culture that doesn’t acknowledge God.

While the name changed, our team remains the same. Our team brought Phil Vischer’s Buck Denver Asks….What’s in the Bible? series and curriculum to market, created the Five Minute Family Devotional and developed the recently released Laugh and Learn Bible for Kids written by Phil. The care and intentionality you experienced on JellyTelly over the last few years is the same with Minno.

The folks on our board are incredible. They have served in senior roles at companies like Apple, Walmart and Amazon, managed and represented entertainment brands like Steven Curtis Chapman, Third Day and Ted Dekker, along with serving on the boards of non-profits like YoungLife and International Justice Mission. They are a talented group of believers, and deeply committed to helping families globally.

How did we do?

Powered by HelpDocs (opens in a new tab)